It’s all about the culture and the values.

Whilst the country collectively pinched itself watching an England side getting to the final of a major competition in 55 years, it’s worth thinking about how this joyous eventuality has come about. You can’t go five minutes without one of the pundits saying “just look at the quality of the England bench” and of course it’s possible that we are simply experiencing an amazing level of form in this generation of players. It is possible but statistically aren’t the same number of people likely to have the same skill level in each cohort? It could be that the training and nurturing of native talent is better. It’s probably a combination but there is something else which seems to be fuelling their success and that is the team spirit.

Whenever the Euros or the World Cup come around, England football fans get uber excited and we are constantly serenaded by tuneless renditions of ‘it’s coming home’. The nation is on tenterhooks until all too soon it’s all over and it’s the team that’s ‘coming home’, a new manager is appointed and there is much discussion about going back to the drawing board.

This time it’s different. Although we hardly dare believe, it suddenly seems a distinct possibility that England might just win. The difference seems to be down to ethos or culture as we say in the world of brands. There is no doubt that the current squad has an entirely different value system to previous ones. At one time news coming out of the England camp was more about shopping than football – ‘Mulberry not nutmegs’. We heard more about what the WAGs were up to: their sunbathing, shopping trips, who liked who and who’d fallen out. We heard about all the specialist equipment the team had: the ice baths, the gyms, the quality of their camp – they wanted for nothing. Yet each time they fell short, never living up to the hype, homeward bound all too early.

To those of us expressing only a passing interest in football it was disappointing and off-putting. Why should we treat these players like sporting heroes when antics off the pitch seemed more important to them than the job they were there to do. It gave the impression to those of us not dedicated to football that the team didn’t really care about the ‘beautiful’ game but was just laughing all the way to the bank.

The behaviour and dedication of this team is very different. Hearing them talk after a win they are measured and composed, clearly understanding that it is a competition and the aim is to stay the course and win the whole thing. Winning matches is how they get there but they are simply the steppingstones on the road. “So yes, that was great, we played well now we turn to our next opponents”. It’s what you see the likes of Federer, Nadal and Murray do year after year at Wimbledon.

The values of this team appear entirely more apt than any that have come before. The fact that they ‘take the knee’ shows they are engaged with the wider world and realise the effect football should have. Racism in the game should have been stamped out years ago, it is to our collective shame that it hasn’t been. Similarly, few in the country will not have heard of Marcus Rashford – it is not just his playing prowess but the fact that he is using his success to initiate change and ensure that no school kid goes hungry in the holidays. He hasn’t forgotten his roots.

Of course, values emanate from the top and much credit must be given to Gareth Southgate for understanding what makes a strong team and how important it is to its ultimate success. Often organisations overlook the importance of values within their culture, playing lip service to them rather than ingraining them deep within the fabric of their organisation and making sure that everyone ‘lives and breathes’ them. It is clear from the joy with which the whole team celebrates a win or a goal, that the team is indeed a team. Not everyone can be England’s main striker nor be the one who gets the immediate glory of putting the ball in the back of the net but everyone in the team plays a key role at every position. Gareth Southgate clearly not only understands this but has the ability to make sure that everyone in the whole squad knows and believes it too. On or off the pitch, the team demonstrates a strong sense of shared purpose and common values.

There is a lot the corporate world can learn from this squad. Whatever happens in the rest of the tournament they can rest assured they have done England proud and if it all goes to plan, so much the better! 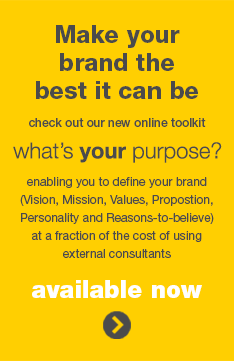